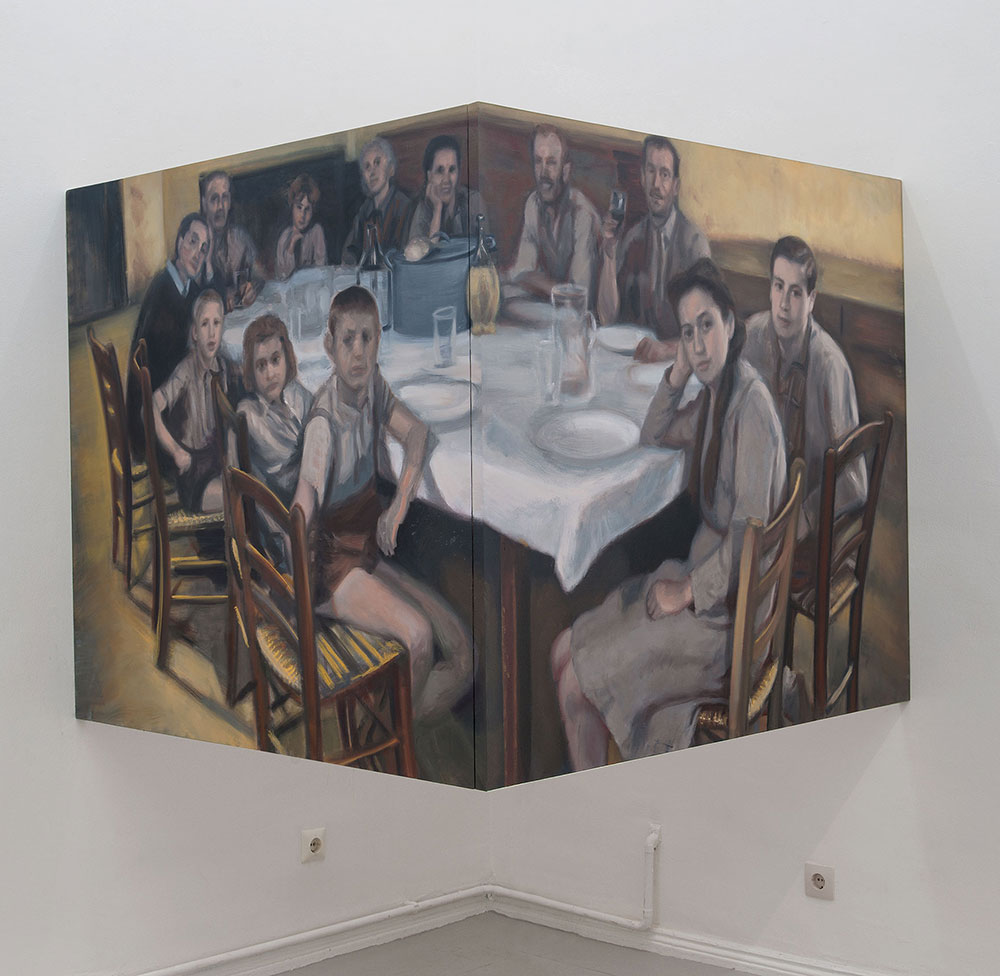 a Tuscan family (after Eisenstaedt), oil on canvas 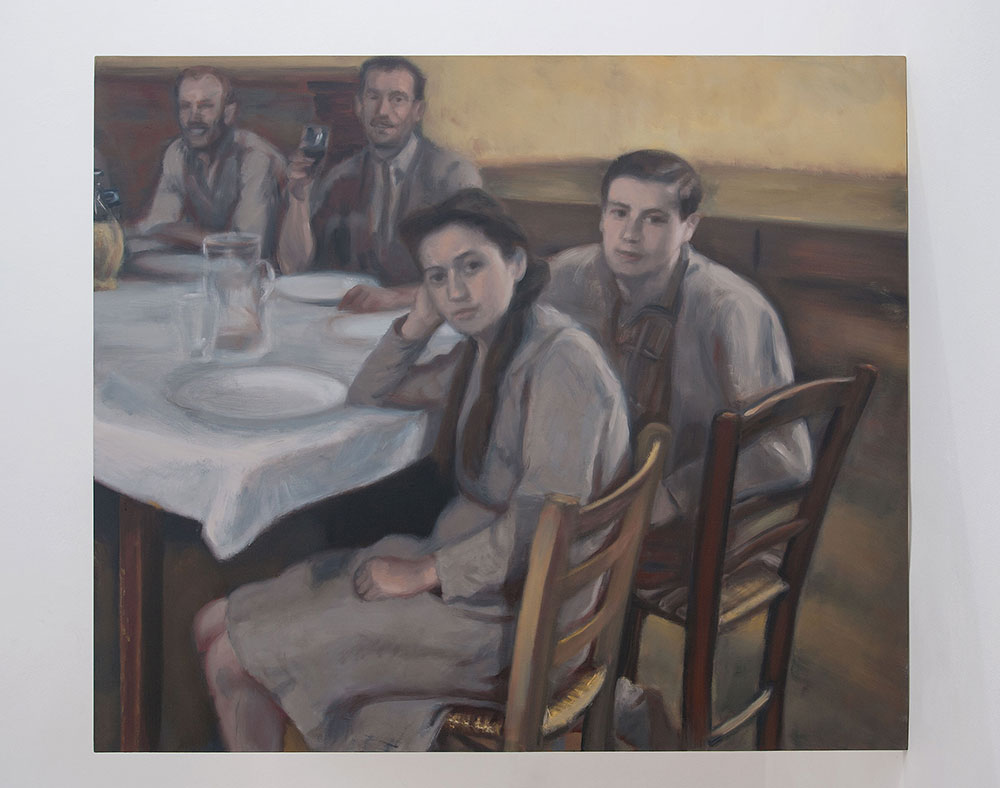 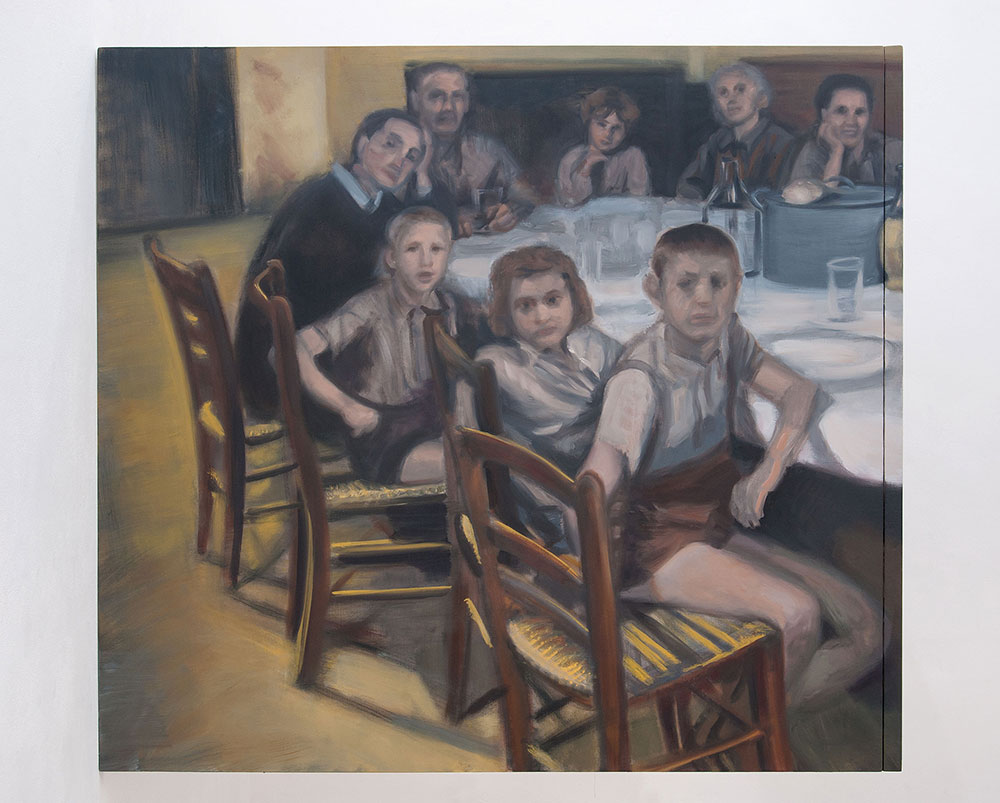 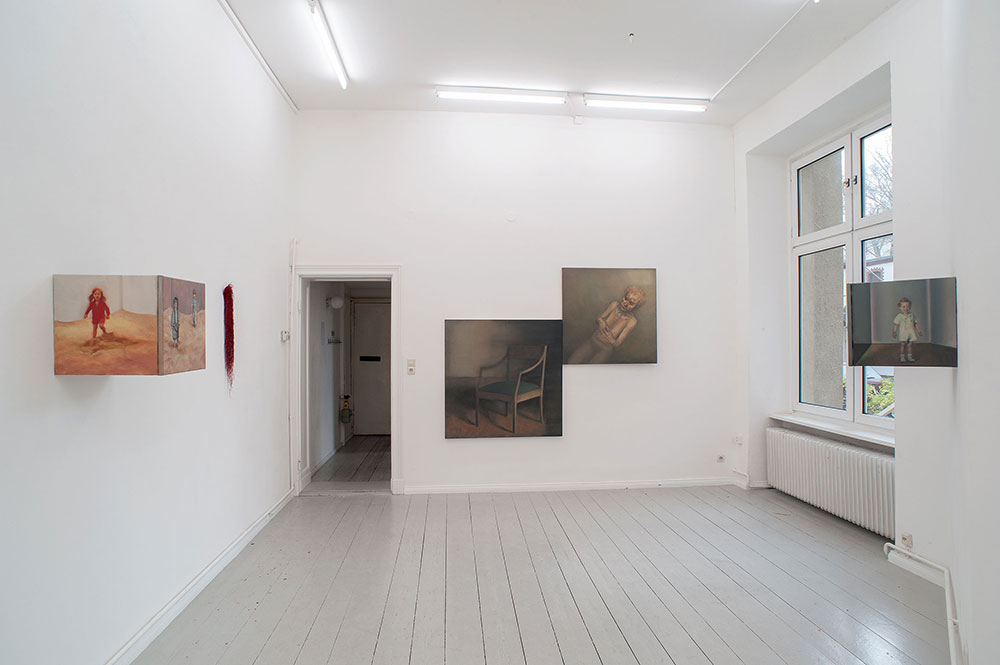 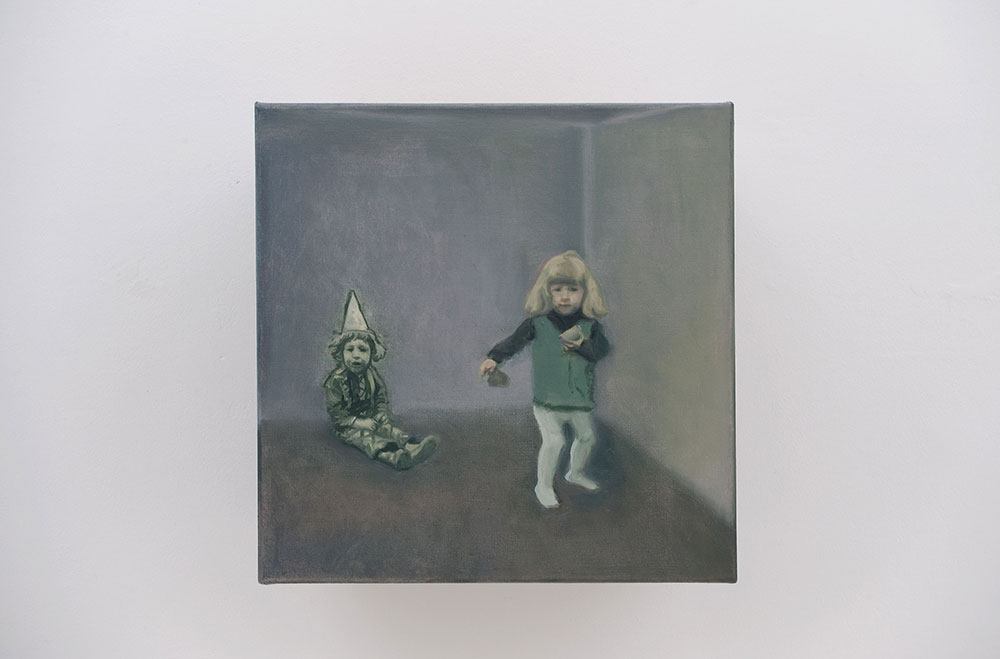 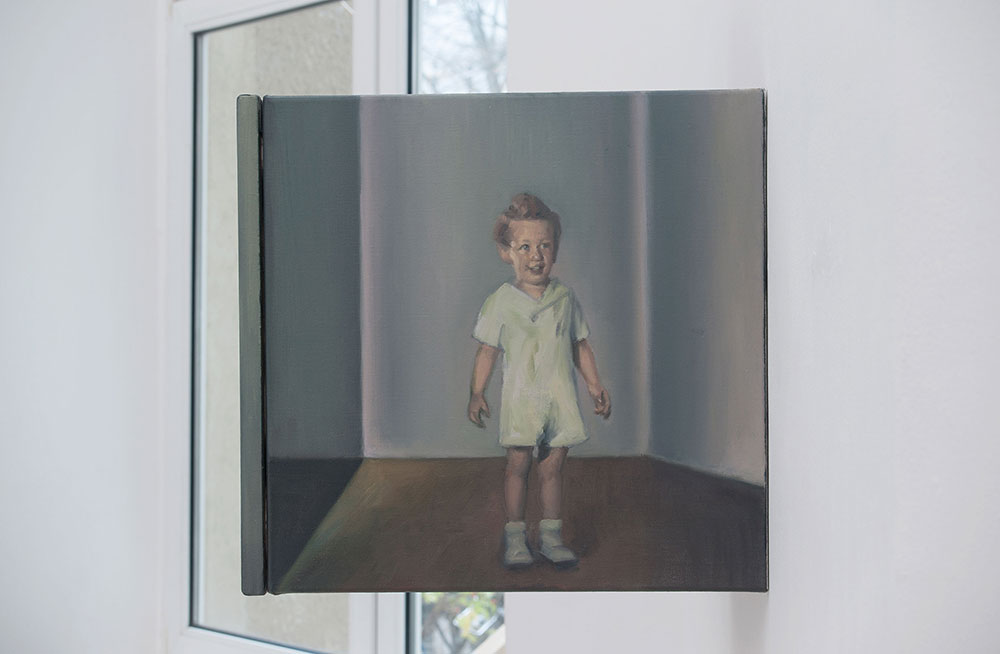 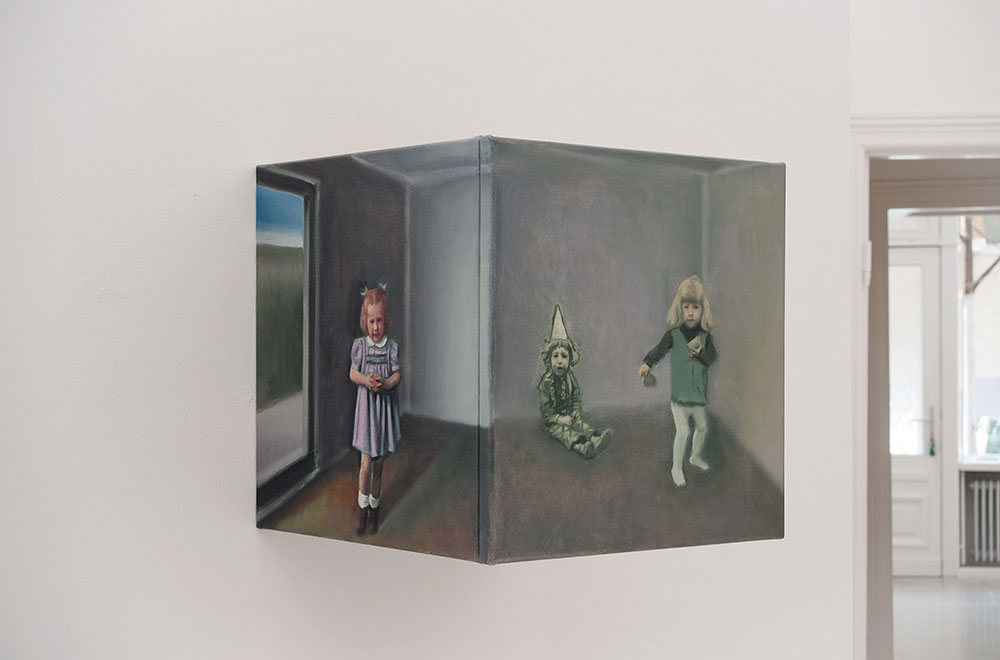 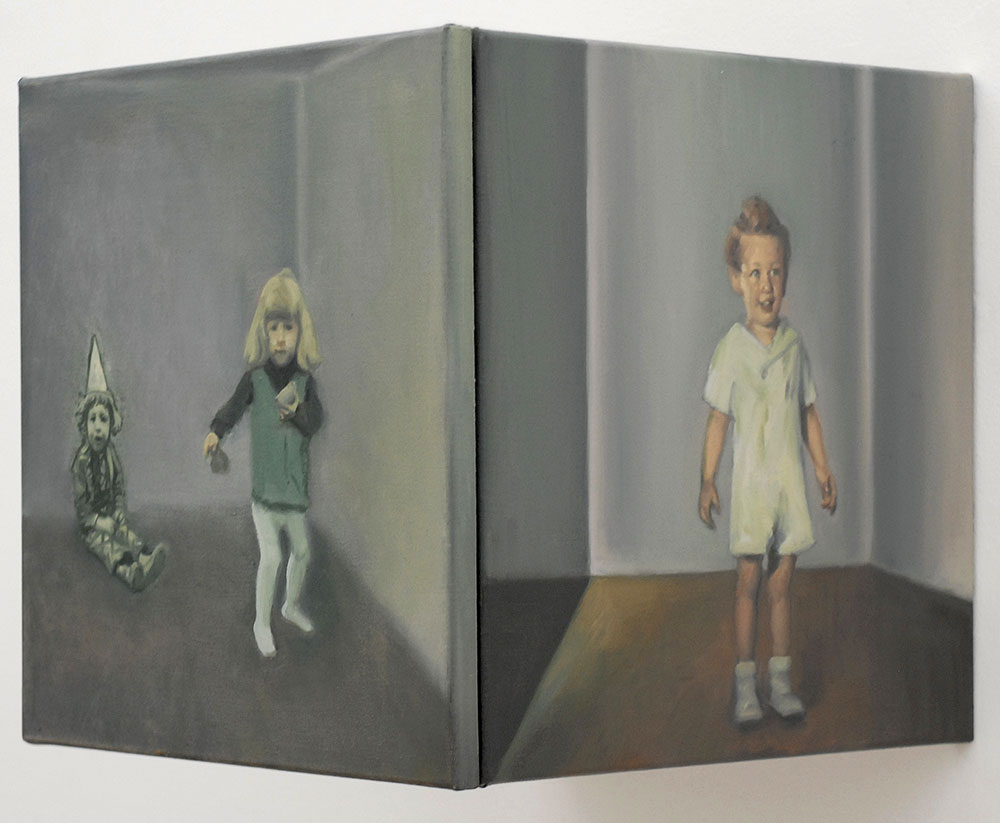 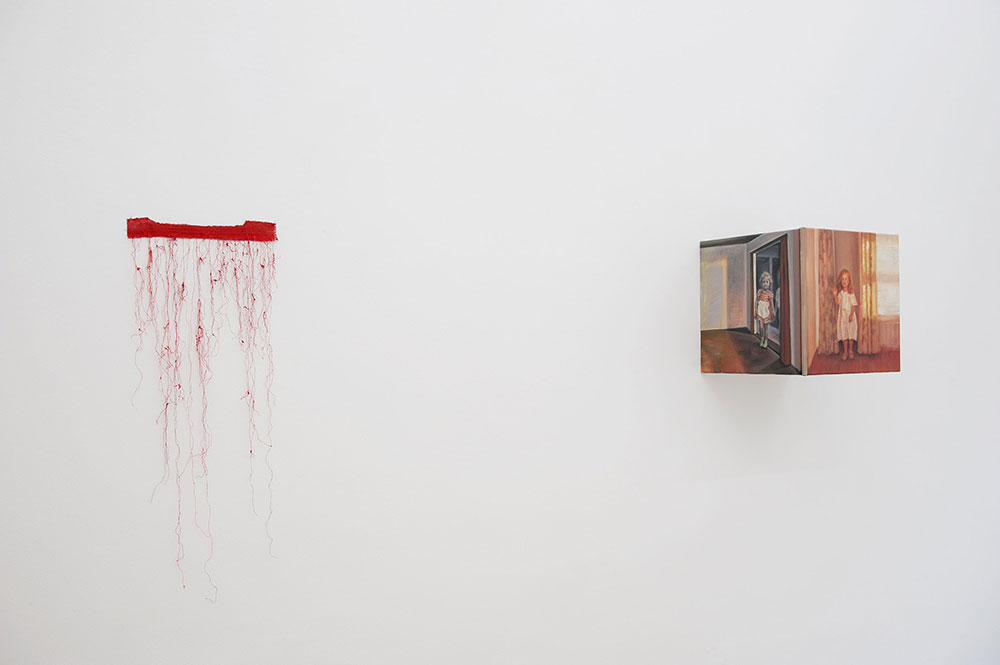 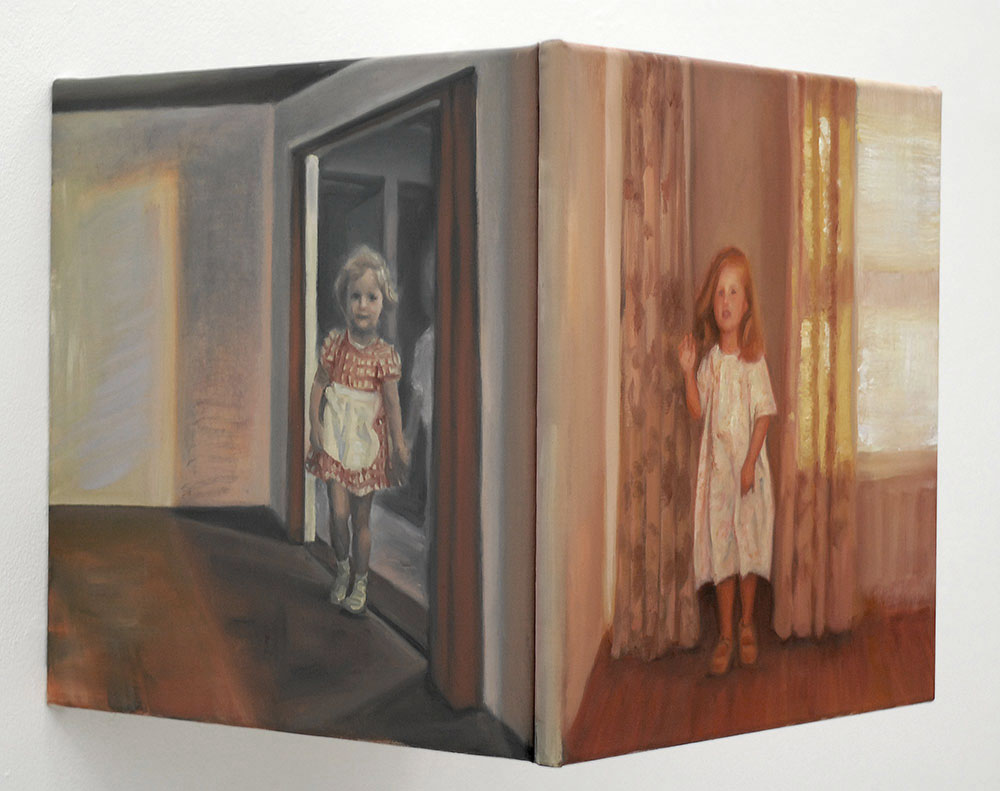 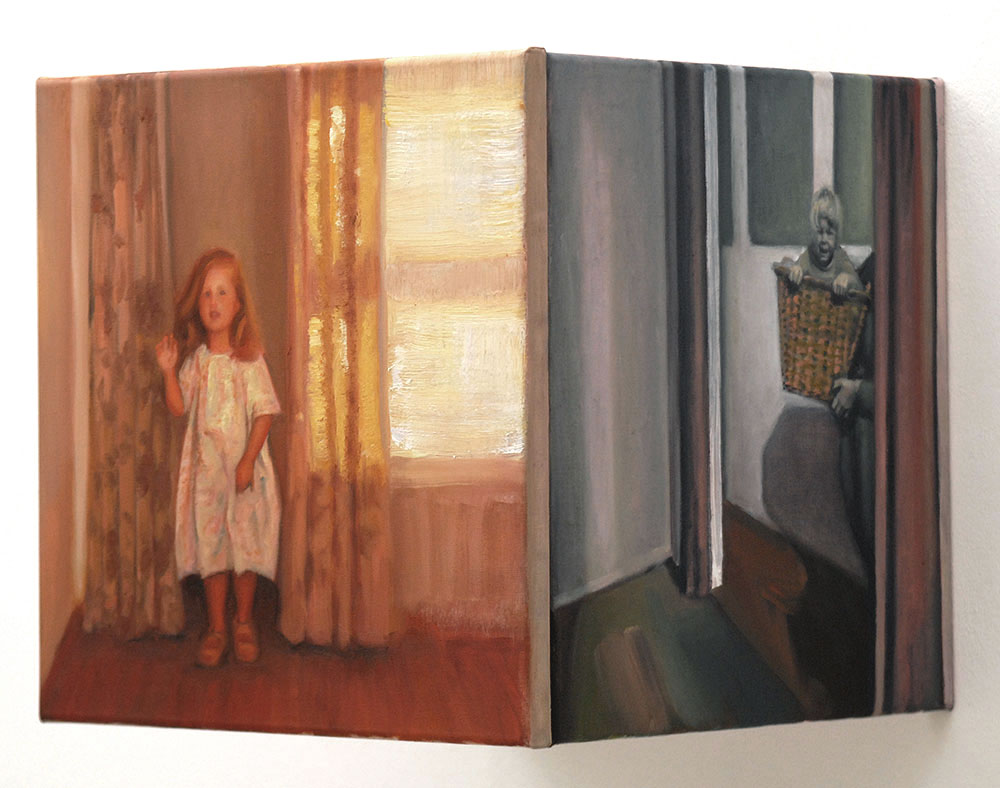 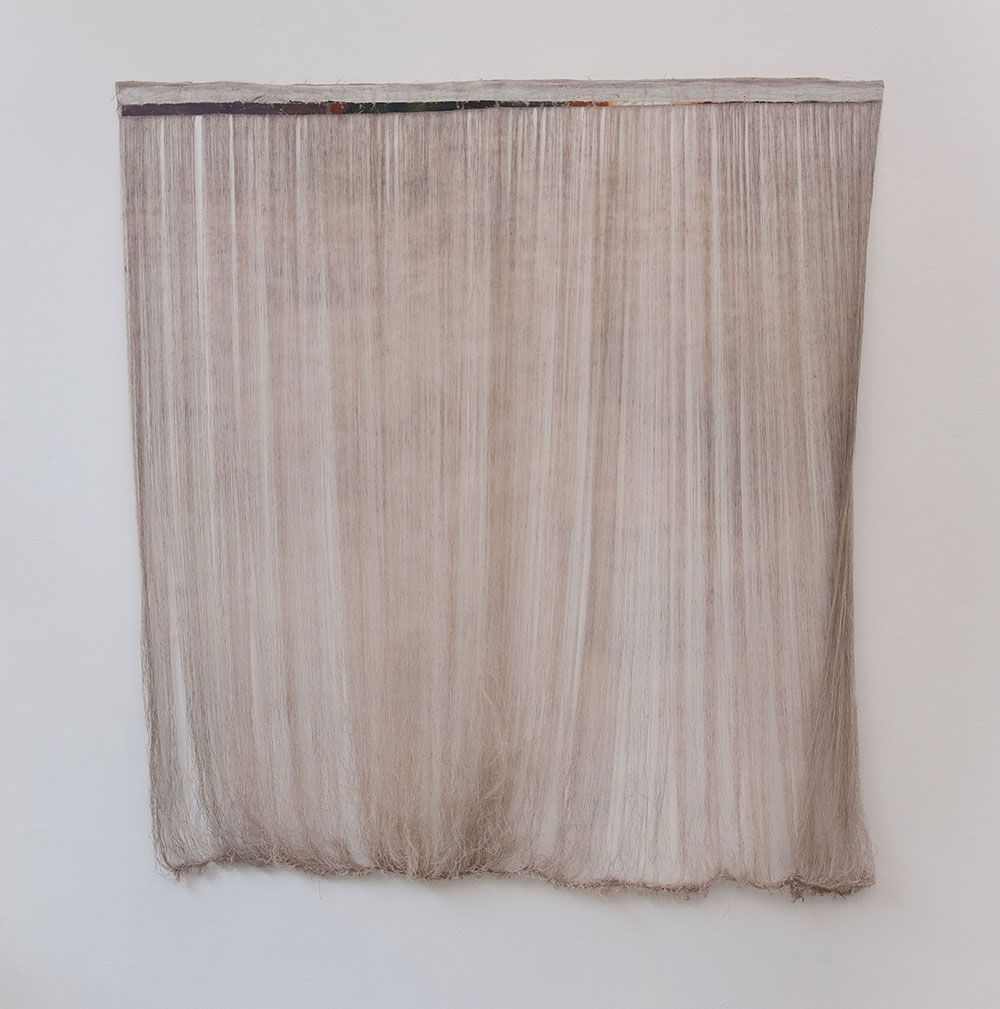 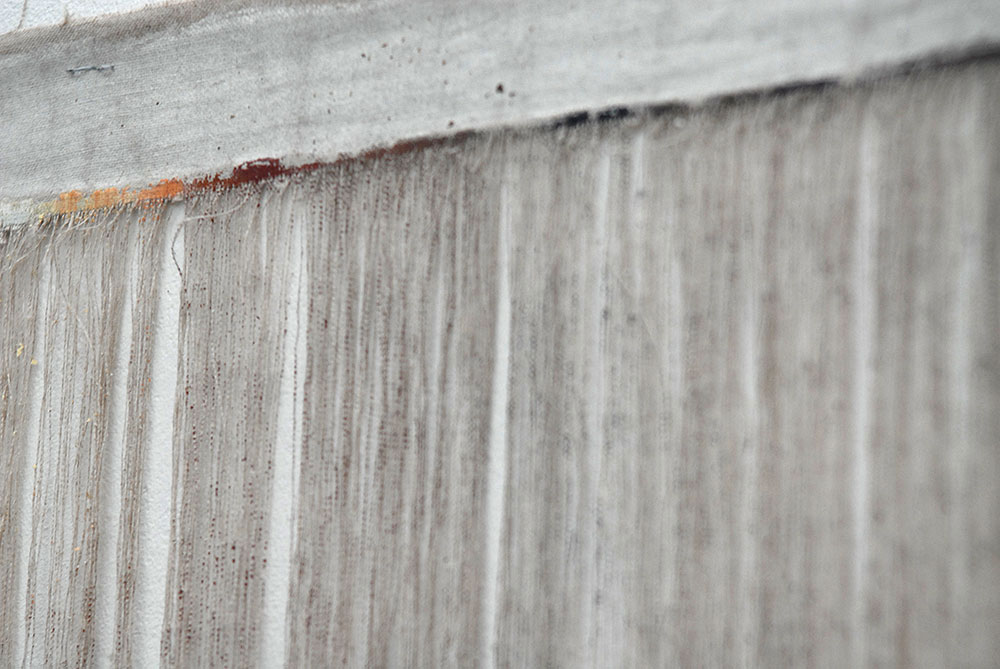 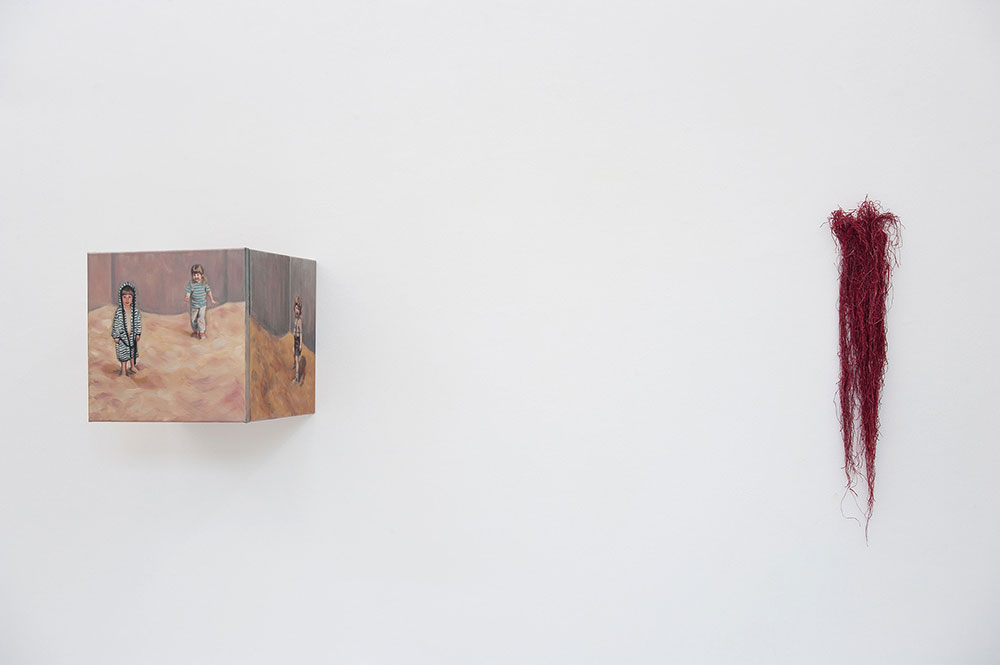 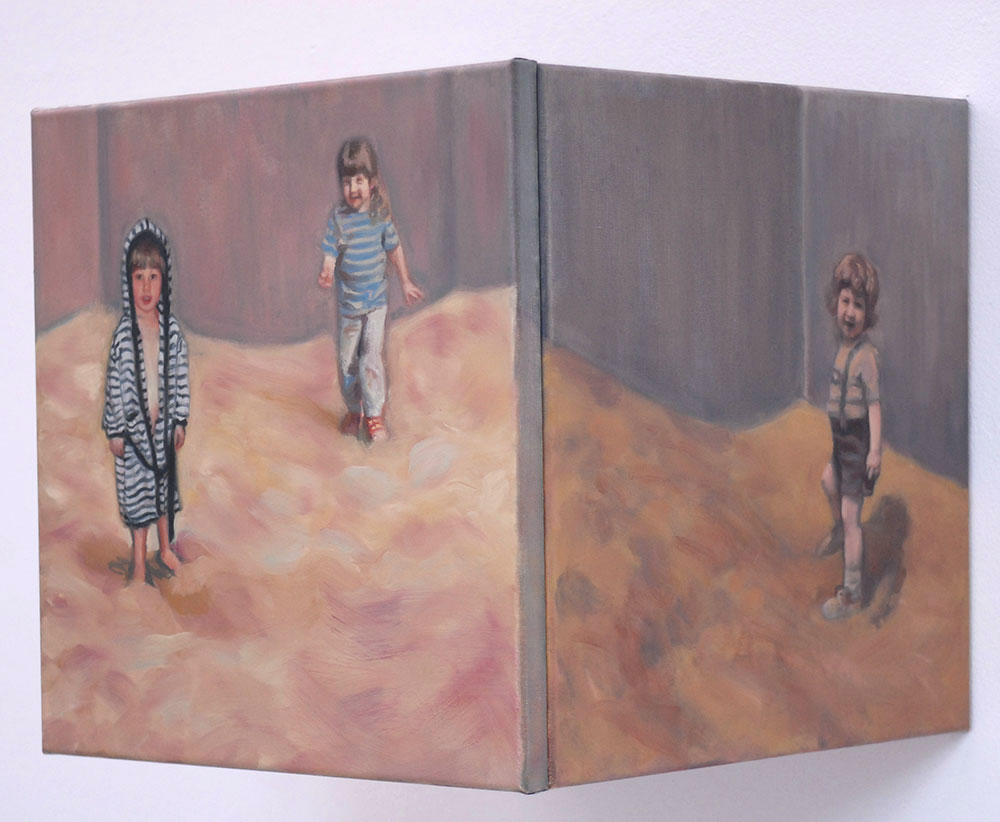 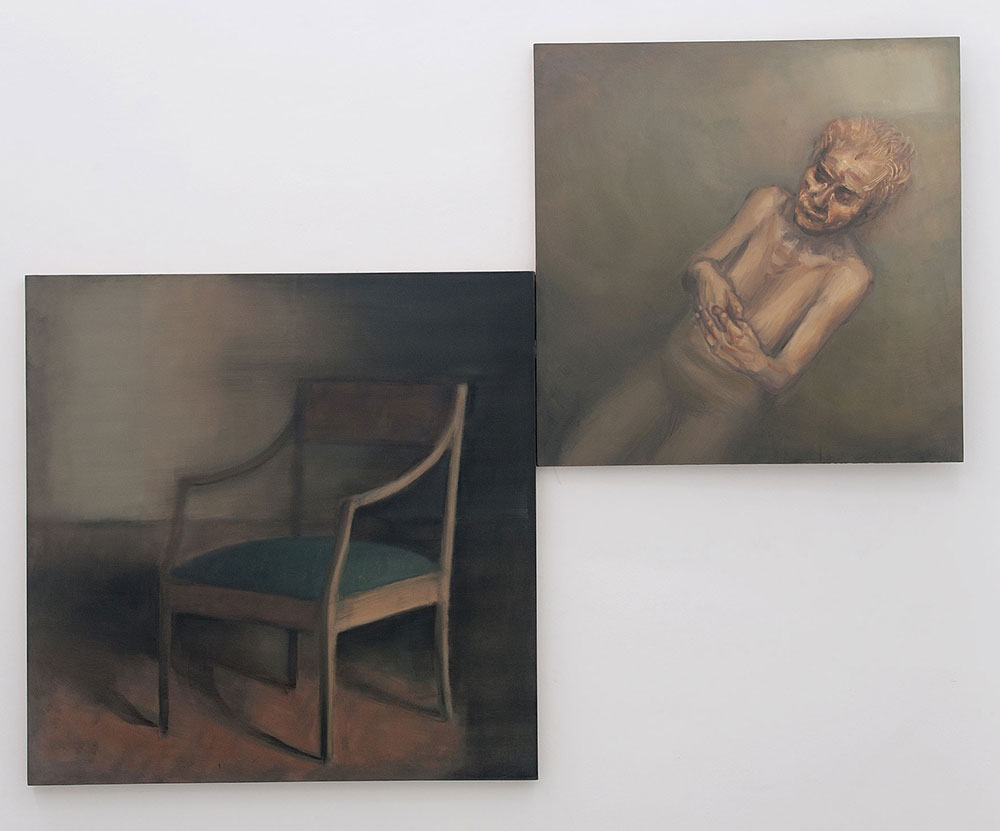 her chair, oil on canvas

In the installation 'in due time' Ruth and Daniel Wiesenfeld explore different aspects of a sense of time. The material, which Ruth Wiesenfeld uses, already has a history: thread by thread she takes canvasses apart that Daniel Wiesenfeld has discarded, then she reassembles the single threads, colours them, gives the linen material a new form. As a composer, Ruth Wiesenfeld has been incorporating graphic and tactile elements in her notations, in the works shown she gives the faintest reminiscence of a musical composition, whose interpretation is based on the subjective sense of duration and resonance. Daniel Wiesenfeld connects single canvasses into combined structures that create new pictorial spaces. He views these as time-containers, in which connections outside of linear time can be made.